Apple has broadened its media streaming horizons over the past few years, opening up its Apple TV app, Apple TV+ subscription service, and AirPlay streaming platform to non-Apple media streamers and smart TVs. It still has its own media hub to offer, targeting Apple users specifically with its form and function. The second-generation Apple TV 4K has been updated with a new processor and remote for a faster, more intuitive experience, though at its heart it’s essentially the same solid media streamer as the previous model. It also sells for the same price ($179 for 32GB of storage or $199 64GB), making it one of the most expensive 4K streaming devices out there. It offers enough to please true Apple devotees, but everyone else can spend far less on models from other brands that offer similar functionality.

As you can see, the Apple TV 4K is physically identical to the previous version. It’s a 3.9-inch black square with rounded corners, standing a relatively high 1.4 inches tall.

The front panel bears a tiny LED indicator light, and the back holds an HDMI port, an Ethernet port, and a connector for the laptop-style two-prong power cable. It’s basically the same simple box that it’s been for several years.

The remote, on the other hand, is completely new. It’s still a slim, flat wand, but now it features a completely aluminum body in a shiny matte silver. The square touchpad near the top has been replaced with a circular combination navigation pad/touchpad. A large center circle functions as both a touchpad and a confirmation button, while a ring around it features conventional, clickable directions.

It’s a good change in theory, but I found that my thumb sometimes accidentally slid just a little too much on the center button when I tried to press it, moving the cursor from what I was attempting to click on. The down direction on the pad is also very close to the Back and Home buttons, and I occasionally pressed them unintentionally while browsing menus. To be honest, I don’t see much utility in the touch surface when a conventional navigation pad works simply and easily on nearly every other remote out there.

On the bright side, because the remote is shinier, less symmetrical, and now has a prominent circular navigation pad near one end, it’s easier to find and pick up. The previous remote was flat both on its lower half and on its touchpad near the top, which made it very easy to accidentally grab by the touchpad instead of the control-free grip. That isn’t a problem here. 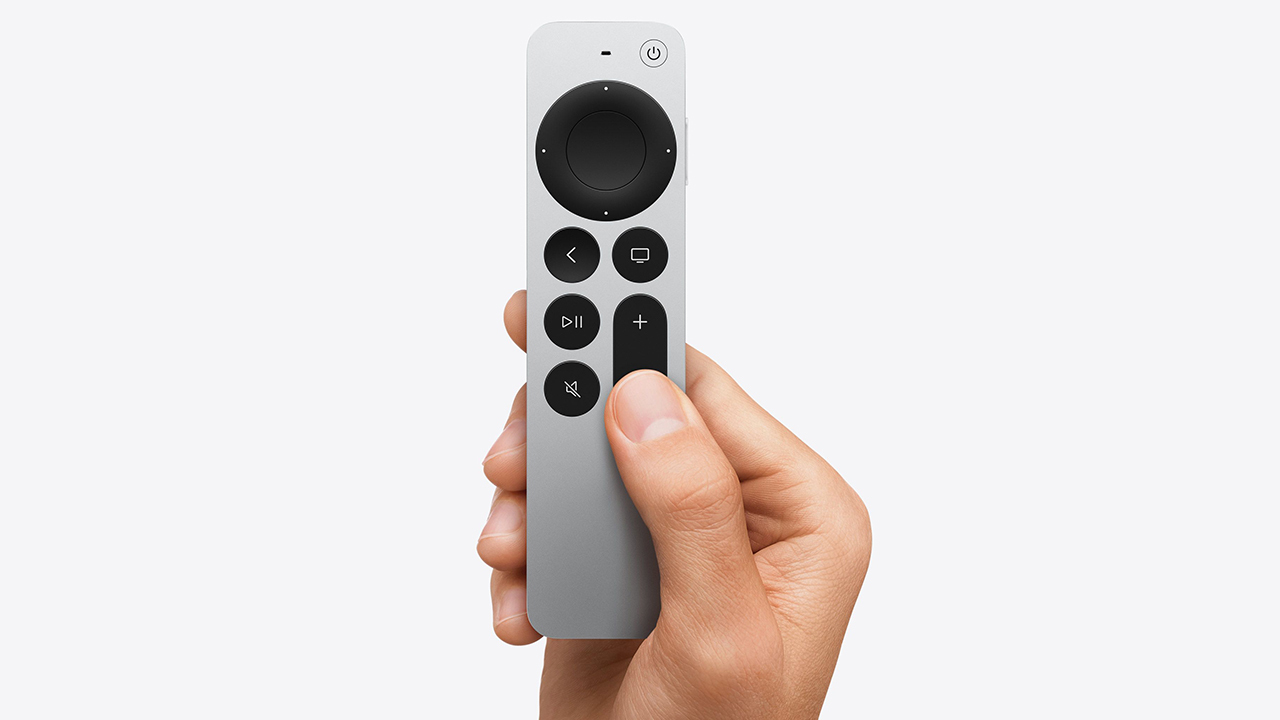 Aside from the new navigation touchpad, the remote features a TV power button in the top right corner and a Siri button on the right edge. The other buttons are physically laid out in the same two-column arrangement, but with some control tweaks. The left column now holds Back, Play/Pause, and Mute (a change from Menu, Siri, and Play/Pause). The right column has an TV button and a volume rocker below it. The remote also features the same pinhole microphone near the top for using Siri, and the same Lightning port on the bottom edge for charging (a Lightning cable is included).

The TV button takes you to the Up Next screen in the Apple TV app by default, which feels like aggressive funneling into the app when you’re already using an Apple TV device. Fortunately, you can fix this in the Apple TV’s settings. Otherwise, you need to hold the Back button down for a second to go to the home screen.

Speaking of aggressive funneling, Siri voice search on the Apple TV doesn’t bring up most results from Netflix. You can use Siri to search among Netflix Originals, as well as content in a wide variety of other apps including Amazon Prime Video and Hulu, but it won’t search Netflix’s wider, non-exclusive library. It’s an oddly specific limitation, and one to keep in mind if you do a lot of Netflix binging. 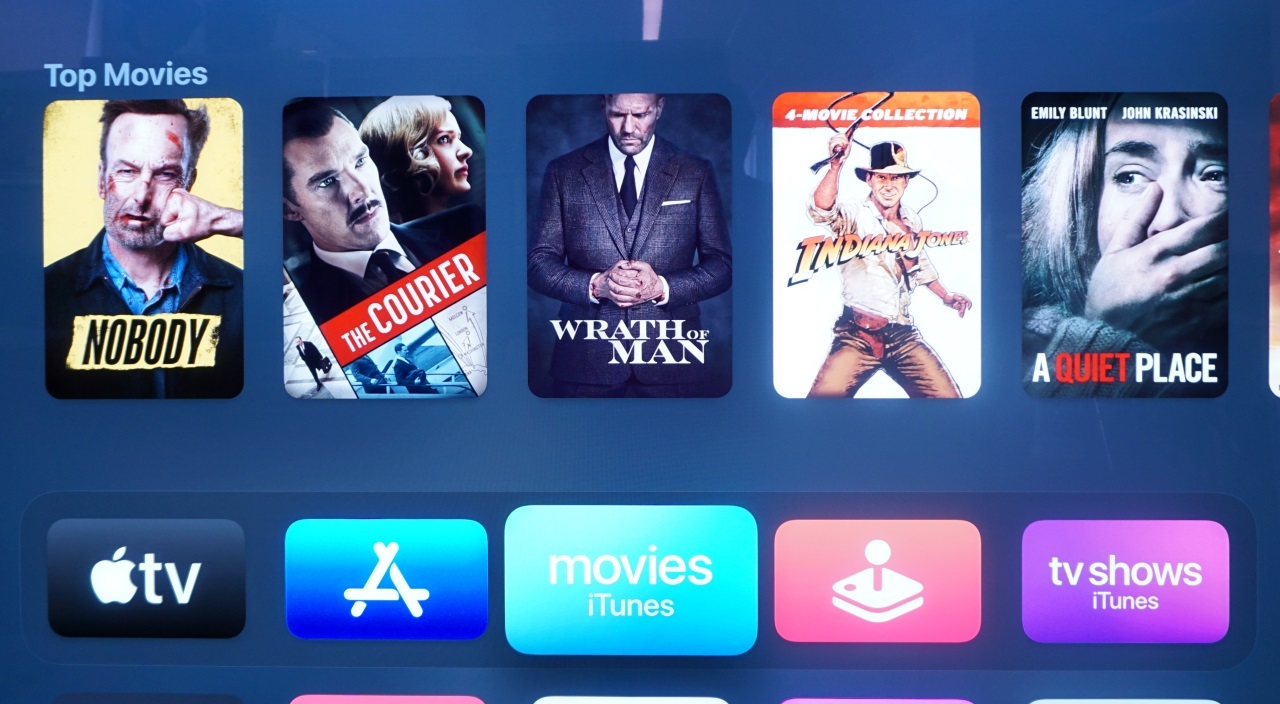 The Apple TV 4K opens to the door to a powerful, flexible ecosystem and collection of useful features. Yes, plenty of Apple content is there in Apple TV, movies and TV shows from iTunes, music from Apple Music, games from Apple Arcade, and even workouts and fitness tracking from Apple Fitness+ (plus buying a new Apple TV gets you a free year of the Apple TV+ streaming service, which otherwise costs $4.99 per month). But there are also all of the major non-Apple streaming services, including Amazon Prime Video, Disney+, HBO Max, Hulu, Netflix, Twitch, and YouTube.

In fact, these days the Apple TV app store feels robust and full of options, a far cry from the earlier years of the device. Of course, these software updates also apply to the previous model, so you don’t need new hardware to reap these benefits.

The Apple TV 4K features Apple AirPlay 2 streaming from iOS devices and Macs, as well as Apple HomeKit compatibility for controlling compatible smart home devices with Siri. It also features Bluetooth 5.0 for pairing wireless headphones and compatible game controllers, including the DualShock 4, the DualSense, and the Xbox Wireless Controller. 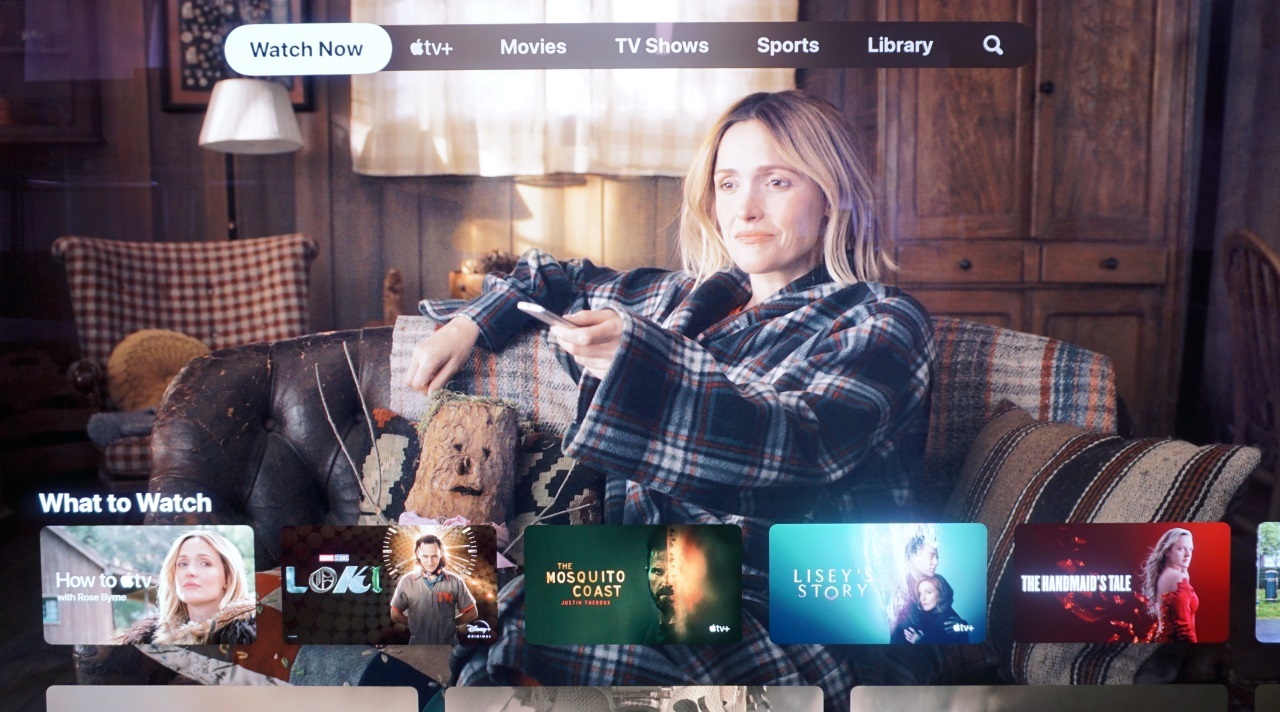 The power difference might be apparent on phones and tablets that run some very intensive apps, but the previous Apple TV 4K never felt particularly sluggish in its performance. It was already responsive in navigating menus and playing content, and it didn’t have any issue playing Apple Arcade games, so you can’t really feel a notable difference here. On the plus side, the additional power makes the device ready for any new features that might come its way.

Video content is, unsurprisingly, no problem for the Apple TV 4K. It quickly jumps between apps like Apple TV, Netflix, and YouTube, with no pauses or hiccups. Video loads quickly (with a good network connection), bringing up 4K HDR shows and movies in seconds. Siri is also very responsive, calling up the listening prompt as soon as you press the Siri button on the remote, and rapidly responding to questions and commands. 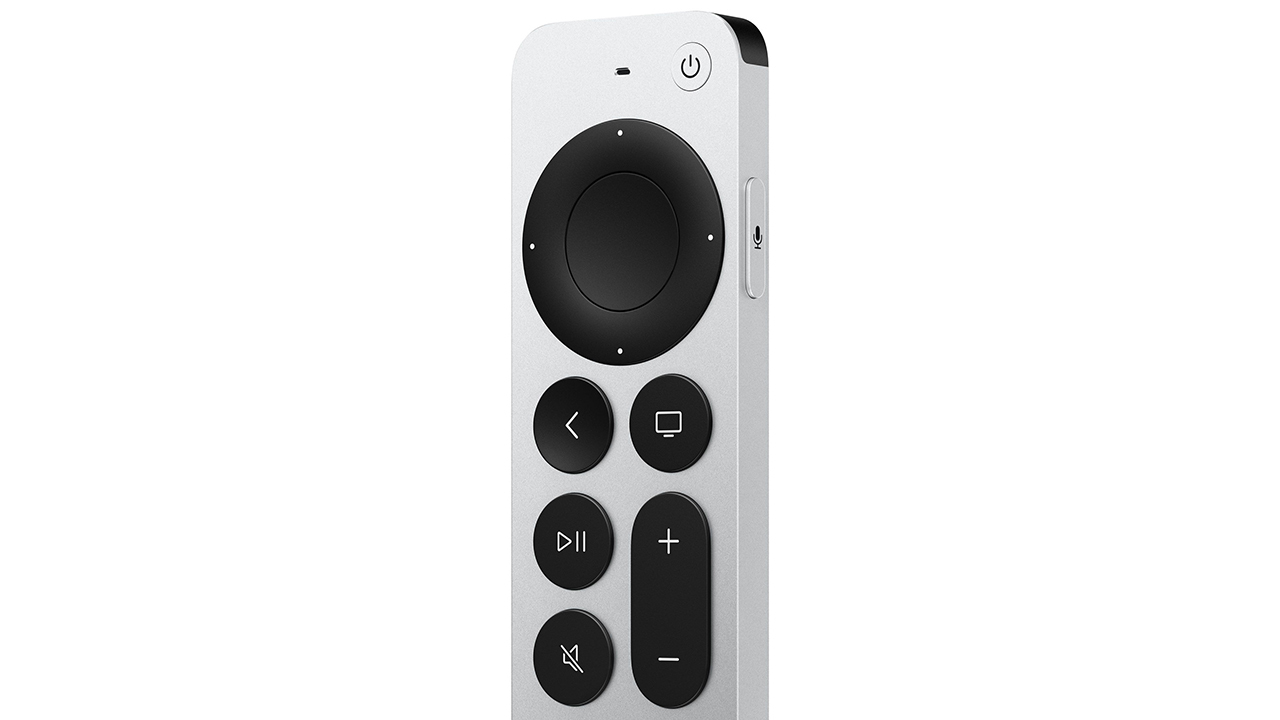 While the A12 Bionic CPU lets the device play any game on Apple Arcade with ease, it doesn’t come close to modern console quality. I paired an Xbox Wireless Controller with the Apple TV 4K and played a few games with it. World of Demons plays very smoothly, but its native resolution appears to be closer to 1080p than 4K, so it looks a bit blurry on a 4K TV. Sonic Racing outputs in 4K, but the game doesn’t come close to 60 frames per second.

Expensive, But the Best Media Streamer for Apple Fans

The Apple TV 4K is a very good media hub, especially if you’re firmly ensconced in Apple’s ecosystem and have an iPhone, iPad, and/or a Mac. It’s responsive, loaded with features, and supports 4K content in HDR10 and Dolby Vision. It’s just so expensive, and with more media streamers and smart TVs natively supporting the Apple TV app and/or Apple AirPlay, there’s less reason to choose it over similarly useful devices that cost a fraction of the price.

The $50 Amazon Fire TV Stick 4K, the $50 Chromecast With Google TV, and the $100 Roku Ultra are all very good media streamers in their own right, with both the Apple TV app as well as their own unique benefits (like Amazon Alexa on the Fire TV Stick, Google Cast and Google Assistant on the Chromecast, and Apple AirPlay and a headphone jack on the Roku Ultra). If you don’t mind spending nearly twice as much for an all-Apple experience, the second-generation Apple TV 4K is a good choice. Just keep in mind it’s not hard to find a better deal for the price.