Genshin Impact will be launching its second big post-launch update later this month, and this one includes a whole new region to explore. Genshin Impact 1.1, which dropped back in November, mostly just wrapped up the game’s Liyue region storylines, but update 1.2 adds the all-new frosty Dragonspine mountain range for players to explore.

Of course, the new update will also include some new characters. In this case, we’re getting a pair – Albedo is a powerful 5-star alchemist, while Ganyu is a Cyro user, who should be easier to obtain via Genshin’s randomized gacha system. Check out a trailer for Genshin Impact ver 1.2, below.

Here’s a bit more detail about the Dragonspine region:

Covered by snow all year round, Dragonspine sits in a state of constant cold and gloom — in stark contrast to the other environments across Mondstadt and Liyue. Dragonspine stands like a frozen fortress, giving precious little for most living beings to survive on. However, there are still some unique and miraculous species to be found here. The hilichurls that have managed to survive on the mountain have had their appearances and lives shaped by the brutal environment. But on closer inspection, the creatures now living here don’t seem to be the first residents of this mysterious landscape. Deep in the mountains lie buried the traces of a lost ancient civilization, waiting to be discovered.

Nothing is easy at high altitudes and extremely low temperatures. Before focusing on loot and treasures, all Travelers in Dragonspine have to first strive to survive. Besides your HP and Stamina, you will need to pay close attention to Sheer Cold while fighting, exploring, or even just standing still. The Sheer Cold bar immediately appears above your HP bar once you enter the Dragonspine area. Sheer Cold will go up if you’re exposed to the cold without any heat source, and once the bar is full you will start losing your health. Unless you find some warmth to stave off the Sheer Cold, this will eventually lead to your death. 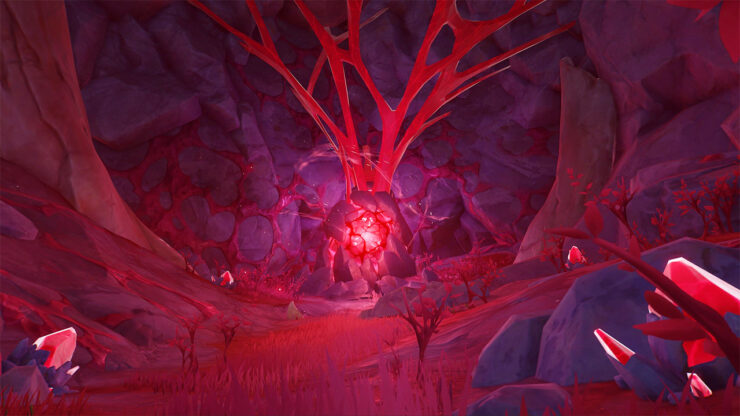 Nothing ventured, nothing gained. Despite the inhospitable cold and the danger lurking around every corner, Dragonspine offers generous rewards to those who manage to explore deep into the mountain and conquer its tallest peak. To reach the top of Dragonspine, Travelers need to first unseal strange air currents blocking the path. Meanwhile, buried deep in the mountains lies a long-lost ancient civilization, with only stone slabs, tablets, and relics remaining to tell the story of its glory and fall. The more curious and observant Travelers will be able to trigger a series of hidden quests, piece together the clues, uncover the hidden truth, and claim a new 4-star claymore Snow-Tombed Starsilver.

Genshin Impact will also be holding a seasonal event, “The Chalk Prince and the Dragon,” which will task players with helping Albedo to find a powerful sword called the “Festering Desire.” Hmmm, you might want to get your desire checked out if it’s festering.

10 Podcasts to Listen to During Black History...

The Heroic Legend of Eagarlnia Preview

Some Pixel cameras will track your health following...