Oversight Board Upholds Trump Ban, But Kicks Final Decision Back to Facebook

Facebook’s Oversight Board has upheld the company’s decision to restrict former President Donald Trump’s access to the social network in the wake of the Jan. 6 attack on the Capitol, but it finds that an indefinite suspension without a final ruling was inappropriate, and is now calling on Facebook to make the decision itself.

“The Board found that, in maintaining an unfounded narrative of electoral fraud and persistent calls to action, Mr. Trump created an environment where a serious risk of violence was possible,” the board said on Wednesday.

On Jan. 6, as Trump supporters stormed the Capitol, “there was a clear, immediate risk of harm and [Trump’s] words of support for those involved in the riots legitimized their violent actions. As president, Mr. Trump had a high level of influence. The reach of his posts was large, with 35 million followers on Facebook and 24 million on Instagram.

“However, it was not appropriate for Facebook to impose an ‘indefinite’ suspension,” the board says. “It is not permissible for Facebook to keep a user off the platform for an undefined period, with no criteria for when or whether the account will be restored.”

For anyone else, Facebook’s policies call for removing offending content, imposing a time-bound suspension, or permanently disabling the page. “In applying a vague, standardless penalty and then referring this case to the Board to resolve, Facebook seeks to avoid its responsibilities. The Board declines Facebook’s request and insists that Facebook apply and justify a defined penalty.”

The board gives Facebook six months to “reexamine the arbitrary penalty it imposed on January 7 and decide the appropriate penalty.”

In a statement, Nick Clegg, VP of Global Affairs at Facebook, says the company “will now consider the board’s guidance and develop a response that is clear and proportionate. In the meantime, Mr. Trump’s accounts remain suspended.”

The move is a blow to the former president, who has been forced to issue statements through a spokesperson after leaving the White House. That’s usually the normal course of action for a US president—current or former—but Trump turned that on its head during his time in office. He posted on social media, usually Twitter, at all hours. Some messages were written by spokespeople, but many were typed out by the president himself from the White House. He talked policy, but also lobbed insults and spread baseless conspiracy theories about his political rivals and the election he eventually lost.

The 20-member board includes people who represent all corners of the world, with backgrounds in things like journalism, constitutional law, online safety, and free speech. When it decides to take up a particular case, a group of five are randomly selected to issue a ruling. Their decision is then circulated to the full committee, and a majority must sign off before it’s published. Facebook then has 90 days to implement it.

Undermining the Lawful Transition of Power

Trump’s Facebook ban came shortly after the Jan. 6 attack on the Capitol.

“The shocking events of the last 24 hours clearly demonstrate that President Donald Trump intends to use his remaining time in office to undermine the peaceful and lawful transition of power to his elected successor, Joe Biden,” Facebook CEO Mark Zuckerberg said at the time.

Zuckerberg argued that Trump opted to “condone rather than condemn the actions of his supporters at the Capitol building.” Facebook itself imposed “two policy violations” on posts in which Trump sympathized with those who were, at the time, terrorizing the Capitol. One post included a video that concluded with Trump telling them, “We love you, you’re very special.”

Zuckerberg said on Jan. 7 that Trump’s Facebook and Instagram accounts would be suspended “indefinitely and for at least the next two weeks until the peaceful transition of power is complete.” But on Jan. 21, the day after President Biden’s inauguration, Facebook referred the issue to the Oversight Board, which had been established the year before to “make the final call on some of the most difficult content decisions Facebook makes,” according to Clegg. By mid-April, the board said it needed more time to wade through the more than 9,000 responses it received and promised a decision “soon.” 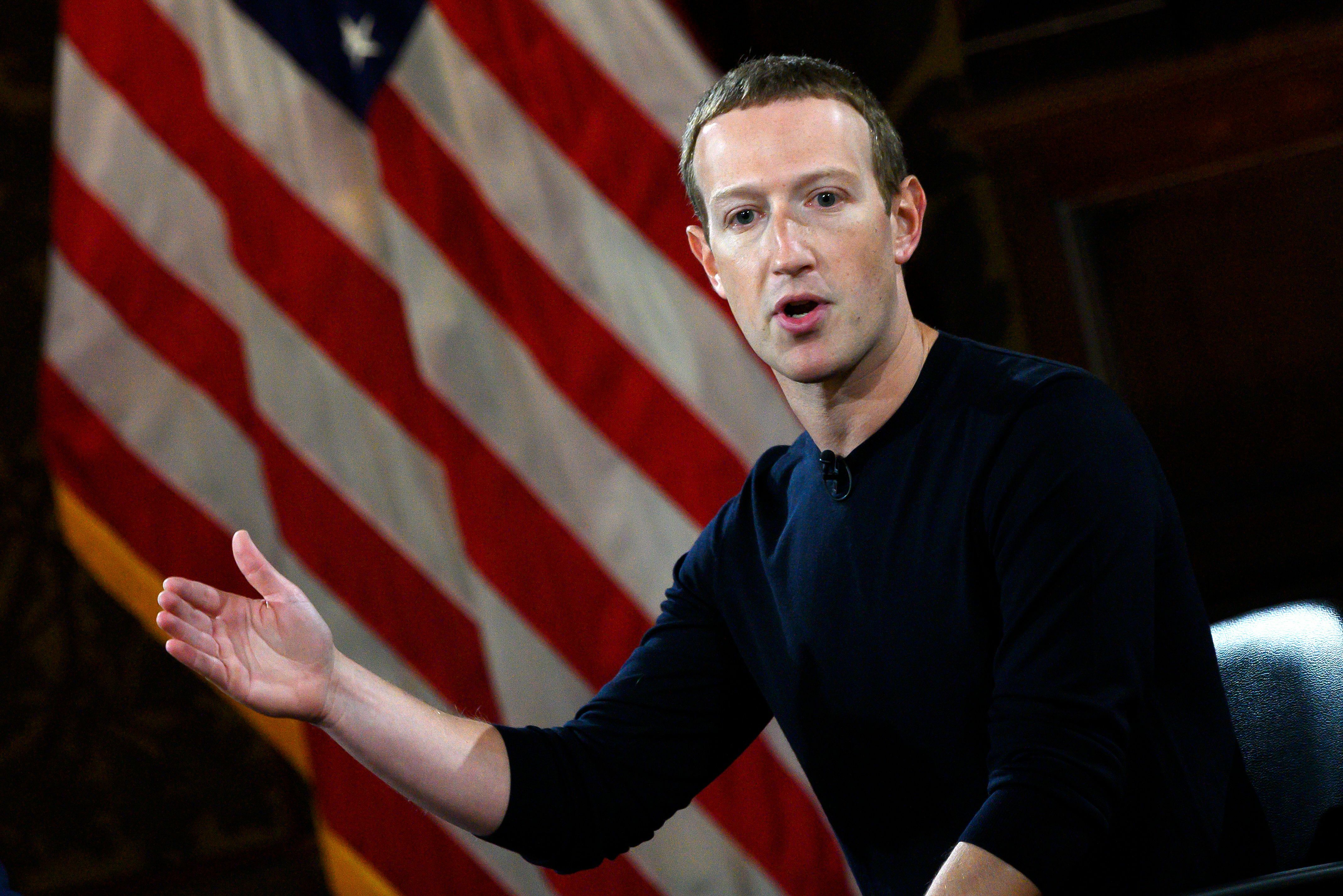 Even before the Capitol attack, social networks had struggled with how to react to Trump’s posts. In June 2020, as protests sprang up following the murder of George Floyd, Facebook employees confronted Zuckerberg for not removing a Trump post that ended with the president saying “when the looting starts, the shooting starts.”

“I disagree strongly with how [Trump] spoke about this, but I believe people should be able to see this for themselves, because ultimately accountability for those in positions of power can only happen when their speech is scrutinized out in the open,” Zuckerberg argued.

“These are difficult decisions and, just like today, the content we leave up I often find deeply offensive,” he said.

Ultimately, Facebook and Twitter opted to add fact-checks and labels to posts and tweets from Trump that included lies or misleading information, rather than remove them. They were affixed to posts from other individuals, but the notes on Trump’s posts naturally got the most attention, given that he was the US president.

He responded by arguing that social networks should not be able to silence its users, and pushed the Justice Department and FCC to work on an overhaul of Section 230 of the Communications Decency Act. Under this provision, internet-based companies are not held responsible for what their users post provided they make a “good faith” effort to take down offending content after being notified of its existence. Trump claimed the law has paved the way for companies to gain monopolistic control of the internet.

Efforts to amend Section 230 are currently working their way through Congress. Biden has said he too has his issues with the law, and Facebook and Twitter claim they’re open to legislation that would modernize Section 230.

Though Twitter CEO Jack Dorsey also argued that he doesn’t want to act as the speech police, the events of Jan. 6 were the last straw for the company. Trump was suspended from Twitter three days after the attack, and CFO Ned Segal later said the ban is permanent.

Twitter was undoubtedly Trump’s favorite social network. Even the statements he’s issued in the past few months through spokespeople are written like tweets; some even use the @ symbol. And a new section on his website, called Desk, mimics the feed of a social network.

Going forward, the question for Facebook and other social networks is how to deal with the proliferation of misinformation on their platforms. Even without Trump amplifying baseless theories on his own feed, lies and mischaracterizations are finding their way to people’s feeds, and readers are eating it up.