Which Generation Is Most Addicted to Their Phones—and What Are They Doing About It?

Given that most of us have been stuck inside for much of the last year-plus, it shouldn’t be surprising that we’re using our devices more than before. Now that things are opening back up, it may be the perfect time to reevaluate the practices that got us through the worst of the COVID-19 pandemic.

Messaging company SimpleTexting conducted a 2021 survey that asked respondents to self-report their average daily screen time as per their Screen Time app. Among other discoveries, it found that screen time in most parts of the country has increased dramatically since 2019. When asked, 76.3% of Gen Z, 67.3% of millennial, 66.7% of Gen X, and 51.6 of baby boomer respondents reported that they were on their phones more than they’d like.

SmartTexting also revealed that 68.6% of all respondents said screen time has a negative effect on mental health. Some of the issues most associated with screen time included eye strain (54.7%), not getting work done (50.3%), and trouble paying attention (42.8%). One in four respondents also believe that smartphones have made us less intelligent, and one in three said screen time had become a problem for their work or personal lives. 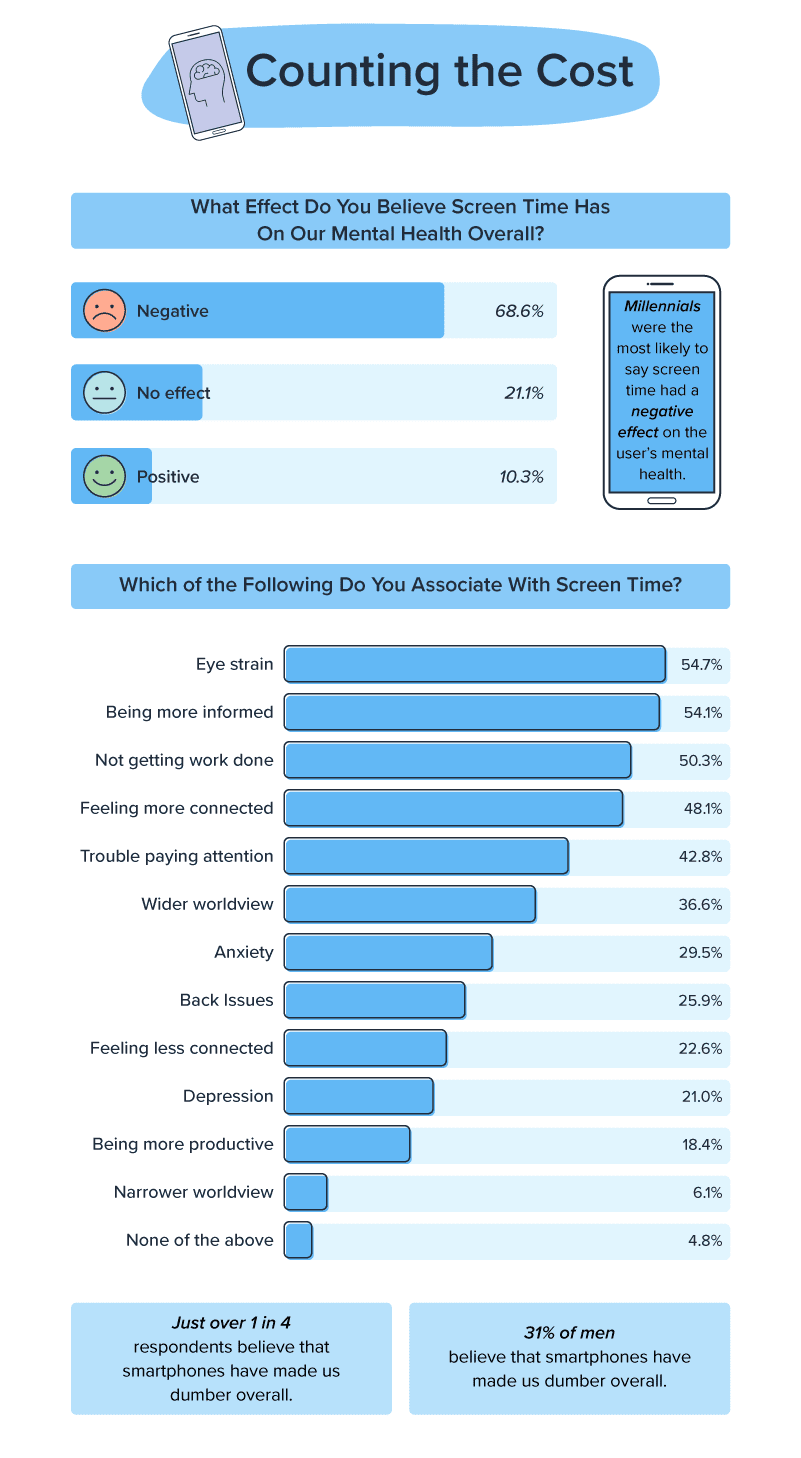 The next most diligent group is Gen X, with 40.7% of respondents attempting to reduce their screen time. Boomers and millennials come in at a mere 31.3% and 30.5%, respectively. This is surprising, considering millennials were the group that most strongly believed screen time had a negative effect on mental health.

One leading component of screen usage is social media, which 51.8% of respondents claim they use merely out of boredom. This could mean that better screen time management is possible, for all generations, if we just put in a small amount of work to monitor our usage, change our behavior, and set guidelines.

My First Weekend With the iPhone 13 Pro...